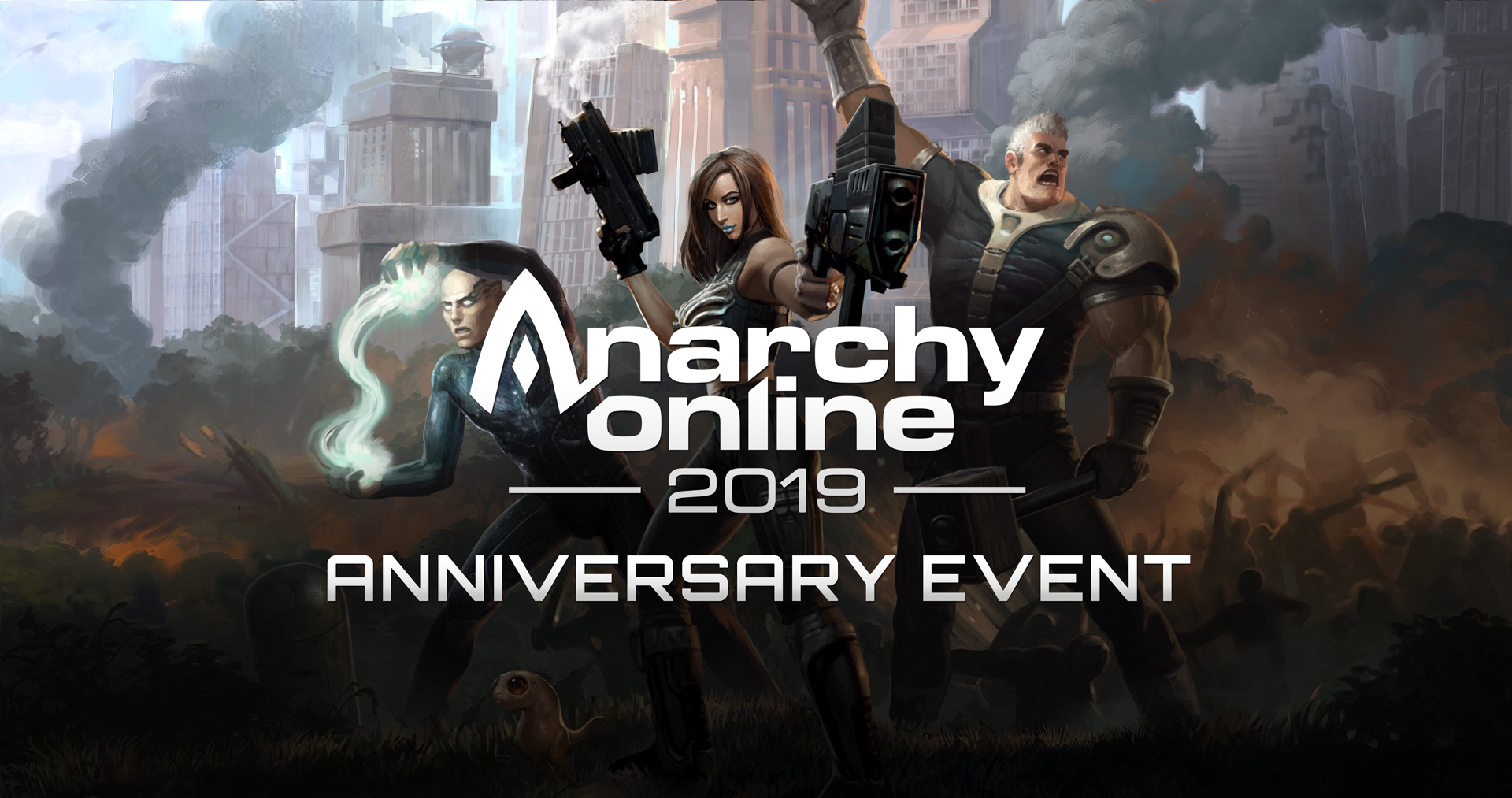 Boy howdy, it’s been one heck of a year.  Right around this time last year, we launched Rubi-Ka 2019, our take on a classic/progression server - and it’s been a wild ride since.  The launch of the server also coincided with the launch of a new Discord server, which has proven invaluable for connecting and bonding with an intensely passionate community.  Together, we’ve revisited what made Anarchy Online such a fantastic experience and a force to be reckoned with into 2020.

Now, to celebrate RK2019’s launch, we’re throwing an anniversary party!  Join us, would you?  Festivities go (exclusively on RK2019) from February 25 to March 17!

The event itself features 5 classic world bosses remixed and revamped with new mechanics and challenges:

Each boss features chances at new, unique loot drops as well as chances at parts of a new armor set, “- of the Eight”.  In addition, each boss also has chances to drop Serpentine Armor pieces, originally only available from the RK2019 mission line!

Thank you all so much for your support and help in making Rubi-Ka 2019 a success.  Keep an eye out for more news to come!